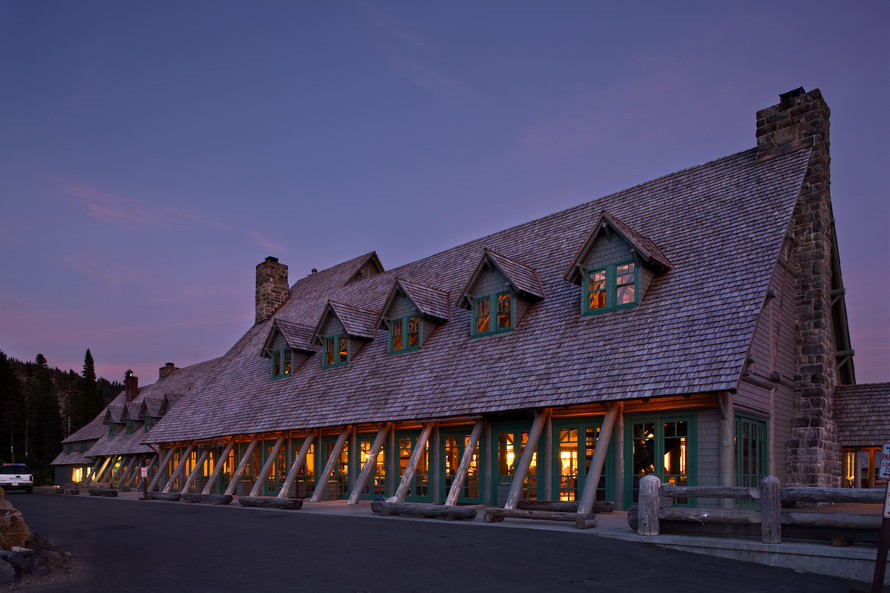 The restoration of the fireplaces at Paradise Inn required that three ninety year old, sixty foot tall fireplaces be taken apart and rebuilt, stone by stone. Each of the stones was serial numbered and tagged to record course location and placement, photographed and entered into a computer model. More than 1,000 photographs were taken during demolition. The following summer the chimney was rebuilt with a concrete structure and the original stones as veneer. One million pounds of stone were removed and a half a million pounds of stone were reinstalled. The igneous stone was sourced on the park grounds approximately three miles from the lodge, during the original construction